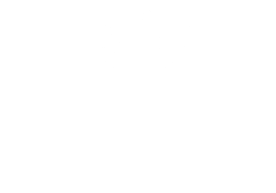 At the heart of the Riviera del Corallo, Alghero is an ancient seaside town known for its elegance and relaxing atmosphere that is never boring. Here are a few suggestions for enjoying some memorable days.

Founded by the Doria family in 1102, the city soon acquired strategic importance due to its geographical position and the sea beds full of coral. After a long siege that culminated with the Battle of Alghero in 1353, it was conquered by the reign of Catalonia-Aragon, which deported the vanquished and resettled the city with its own colonists. After some complex dynastic events, the fortress was transferred to the Crown of Spain, to which it demonstrated such fidelity as to merit the visit of the emperor Charles V in 1541. He said the city was "bonita y bien assentada", "graziosa e ben munita", and called the inhabitants "todos caballeros", that is "all gentlemen". Today, the language, culture and traditions such as the sacred re-enactments and the famous Easter processions are still Catalonian. In fact, the people of Alghero still call it Barcelloneta, that is "the little Barcelona".

Built in the 16th century, the Cathedral of Saint Mary stands in the historic centre of the city and is also the seat of the Alghero-Bosa diocese. It represents one of the symbols of the Catalonian city, with the bell tower high above the houses right behind the port. Built with techniques that refer to the Catalonian tradition, it does however represent a mixture of different historical and artistic moments. The interior is austere and unadorned, with a majestic altar that attracts the attention of visitors.

The best known beaches of Alghero, Le Bombarde and the Lazzaretto, are near the Nuraghe Palmavera. Continuing in the direction of Capo Caccia, you will come to the Mugoni beach with its pine forest, then the Tramariglio and Cala Dragunara beaches.
The lido of Alghero, with its beach clubs, is just a few minutes from the city centre. Other beaches in the same direction are San Giovanni, then the Maria Pia pine forest and beach that extends to the Fertilia hamlet.
About ten kilometres south of Alghero, you will find the Speranza [hope] beach, so named because it was the last safe landing place before Bosa. It is several kilometres long and alternates sandy and rocky stretches.

THE SPANISH TOWERS AND RAMPARTS

Alghero is a fortified city. Its ramparts are evidence of the dominations that have followed one another through the centuries. The walk along the ramparts is a must-see: the route goes from the Marco Polo ramparts on the west side of the peninsula to the Magellano ramparts on the east. Other must-see attractions are the defence towers of St James, St John, Vincenzo Sulis and the Magdalene.

In the area of Alghero, about 12 km from the city the splendid Palmavera Nuraghic Complex is a fascinating place to visit. It has been classified as a nuraghic complex, that is the union of several towers. This nuraghic complex includes several constructions and has been the origin of many archaeological finds now on view in the museums of Sardinia (Cagliari and Sassari). A true gem of the Nuraghic civilisation, a visit is a truly excellent way to discover an ancient population.

These incredible and stupefying karstic formations are located on the beautiful Capo Caccia promontory about 24 km from Alghero, in the protected marine reserve area. Entering the grottos is possible only when weather and sea conditions are ideal, so that is mainly in the summer. There are two main accesses: one is a stairway of 656 steps along the cliff face of Capo Caccia, known as the "Escala del Cabirol" (the 'roebuck's steps' in the Catalan language); or from the sea, the preferable choice especially if you also want to visit some of the marvellous coastline near Alghero. The interiors are truly wondrous, the sea beds magnificent, the panoramas breathtaking and, with a little luck, you may also come across a pod of dolphins.

The museum that displays the so-called "red gold" is housed in the beautiful and charming Villa Constantino. The exposition inside the museum traces an itinerary that guides the visitor to discover the history, culture and identity of Alghero through the myths about coral, one of the major resources of the sea near Alghero (no accident that this stretch of the coast is known as the Riviera of Coral), which has been used for religious purposes since antiquity and is linked to many traditions. It is a fascinating and inspiring journey through the marine ecosystem in that part of Sardinia, through the history of the Corallium Rubrum, the living organism that continues to be so precious for the city and its inhabitants.

THE AQUARIUM OF ALGHERO

This is one of the two aquariums in Sardinia (the other is at Cala Gonone). It is right in the heart of the city, a short distance from the Sulis tower, so it is easy for all to get there on foot. It includes an ample permanent exposition of salt and fresh water fish. It is also the only aquarium in Italy to host examples of the stonefish, one of the most venomous fish in the world. The star attraction is a great sea tortoise weighing over 100 kilos.

THE NECROPOLIS OF ANGHELU RUJU

This is the largest necropolis of pre-Nuraghic Sardinia. Situated inland about 9 kilometres from Alghero, it was discovered accidentally in 1903 during excavations to build a farmhouse, when a skull and a tripod vase were found. Successive digs at about ten "domus de janas" tombs revealed another 38 and with them, many other findings of utensils and objects. Worth a visit.

SUNSET ON THE SHORE

Sunset on the seaside boulevard of Alghero is a unique experience: the evening stroll along the shore is one of the most popular local customs and tourists are always fascinated by it. The atmosphere of the seaside dedicated to Marco Polo is magical, with the bars and restaurants that add a touch of elegance. There is also the Colombo seaside where the evening aperitif is a must, or Lido San Giovanni where you can admire the sun slipping behind Capo Caccia from your seat on the sand, or even the sunset seen directly from the Capo Caccia promontory itself. An appointment not to miss, in one of its many variations. 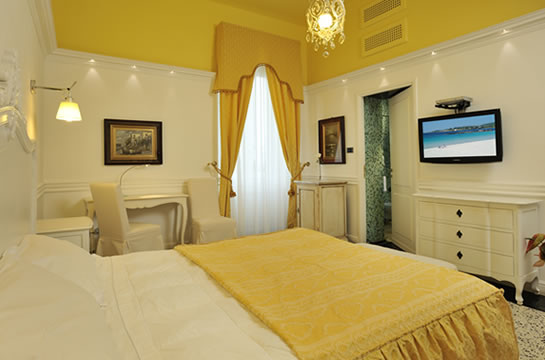